Award-winning car builders Randy and Sydney Weaver put in the long hours required to take projects from ordinary to extraordinary. Their hard work has paid off.

Founders of Weaver Customs in West Jordan, Utah, Randy and Sydney Weaver are pushing the envelope of the custom industry and reaping the rewards. One recent build, a 1953 custom Bel-Air* called “Vortex,” has already earned six “Best of Show” awards. “It’s won us a lot of money, and we had a lot of fun with it so far,” said Sydney. 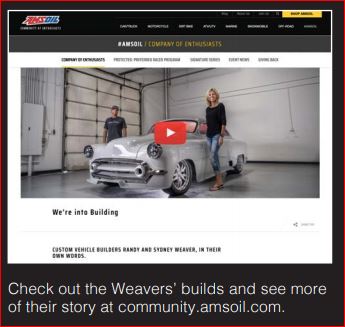 The couple expanded on their early endeavors and the shared interest that set them on a collision course. “I grew up originally on a farm or ranch, so I was basically a cowboy my whole life until I took up hot rodding,” said Randy. “And I kind of mixed hot rodding with the horses and the cowboy life and all that as well.”

“Work ethic is the same,” said Randy. “It is a spitting image to have that work ethic to make this car, to work on that ranch and take care of those animals and all the stuff that comes with it. So, yes; very, very similar.” 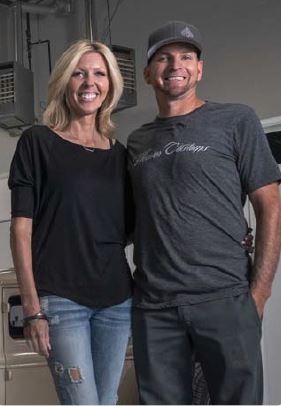 AMSOIL has been documenting the couple’s latest build, set to be unveiled in our booth at the upcoming SEMA Show in Las Vegas. Join us as the show kicks off Nov. 5 and check out the final product. Follow the Weavers’ progress anytime at amsoil.com/weaver. 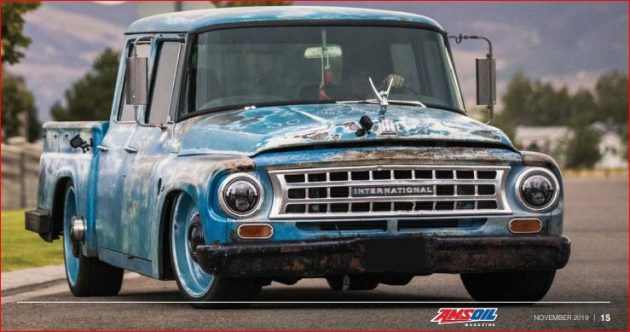 This isn’t a hobby that you can pick up and put down. You truly have to live the life. – Sydney Weaver

The accolades continue to roll in as the Weavers set their sights on the next project. “One of the things that sets Weaver Customs apart from the rest of the industry is the sheer passion that we have behind our builds,” said Sydney. “Not only just the talent and the time, but the level of creative craftsmanship and dedication that we have behind each build really sets them apart.”

“People say you’d better slow down,” said Randy. “You’re going to get burned out. And at 41 years old, I guess I’m still here and I’m not burned out. I still love my job.”