Carson Mumford of AMSOIL Factory Connection has dominated the amateur motocross scene. But it wasn’t long ago the 17-year-old was chasing his dream while competing in local series on the West Coast, like the Transworld Motocross Race Series (TWMXRS).

Likewise, teammate Jo Shimoda turned to local events to build his career in both in his native country of Japan and in the U.S.

Get a taste of their stories below. 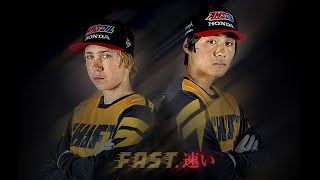 Grassroots racing series are where future legends get their start. That’s why AMSOIL is proud to be a presenting sponsor of the Transworld Motocross Race Series.

TWMXRS started in 2012. The series runs a unique two-track format, which shortens the race day for riders in its 60 classes. The series also boasts free transponders and low entry fees. Consisting of four separate “mini series,” the entire series runs from January through December. Racers travel to some of the most notable tracks in Southern California.

El Dorado, the first leg of the 2019 series, kicked off Jan. 13 at Glen Helen Raceway. Catch a recap below. The series implemented a new stadiumcross-style course for the amateur track, and it appeared to be a big hit. Round two heads to Milestone MX in Riverside, Calif., this Sunday. 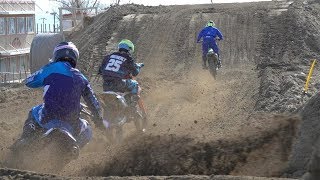 In the staging area

In other racing news, Snocross heads into historic Deadwood, S.D., for rounds seven and eight of the AMSOIL Championship Snocross Series. Many say Deadwood is the best stop on the tour, so be sure to catch all the action on the livestream.

Afterward, we’re headed to the “Burning Man” of desert racing – King of the Hammers. Tune into our social channels for updates throughout the week.