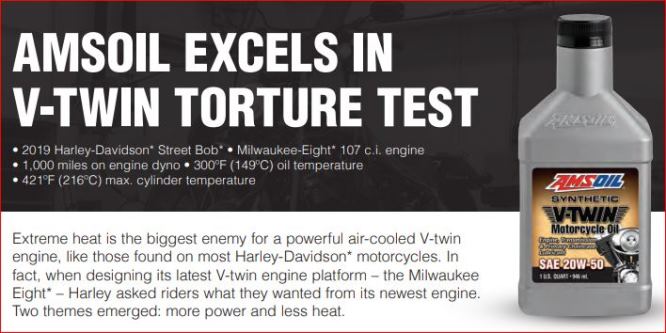 Extreme heat is the biggest enemy for a powerful air-cooled V-twin engine, like those found on most Harley-Davidson* motorcycles. In fact, when designing its latest V-twin engine platform – the Milwaukee Eight* – Harley asked riders what they wanted from its newest engine. Two themes emerged: more power and less heat.

Extreme heat can ruin your ride

Some riders have complained about intense heat radiating from the engine while riding, particularly the rear cylinder, which doesn’t receive as much airflow as the front cylinder.

Extreme heat not only challenges rider comfort, it challenges the engine.

If, for example, heat causes the piston to expand beyond acceptable tolerances, it can rub against the cylinder wall and cause scuffing.

Heat also causes some oils to thin and lose viscosity. The oil can become so thin the engine loses oil pressure, causing the oil pressure gauge to bottom out.

Riding conditions turn up the heat

V-twin heat becomes especially problematic when riding on hot summer days in conditions that limit airflow over the engine, such as in slow-moving parade or rally traffic. In extreme cases, the bike’s electronic temperature controls shut down the bike if it gets too hot.

Harley introduced its Milwaukee-Eight engine in 2016 in part to reduce extreme heat and enhance rider comfort. The engine uses a system of oil-filled cooling jackets surrounding the cylinders to reduce heat. The oil absorbs heat and carries it to a small oil cooler, where it dissipates into the atmosphere.

We instrumented the bike and rode it on the street to establish a baseline for “real-world” operation. This confirmed that low-speed, low-airflow conditions, like stop-and-go traffic, created the most challenging conditions.

We then installed the bike on the dyno in our mechanical lab and subjected it to a 1,000-mile test designed to simulate the worst-case conditions we saw on the street. One thousand miles is enough to make 640 trips down Main Street in Sturgis.

Airflow over the engine was restricted to hold the oil-sump temperature at a steady 300ºF (149ºC). Cylinder temperature topped out at 421ºF (216ºC). In these conditions, the oil can quickly oxidize (chemically break down), which causes the viscosity to increase until it’s out of grade and no longer provides the protection the engine requires.

Extreme heat no match for AMSOIL

Following the test, we chemically analyzed the oil to measure viscosity, oxidation, total base number (TBN) and wear metals. We also examined engine parts, in addition to the compensator, for wear or distress.

Oil analysis results are also impressive. The oil stayed within its viscosity grade despite the extreme heat. The oil limited oxidation and retained its TBN, which is a measure  of its ability to fight corrosive acids. Finally, the oil limited wear metals to trace levels, indicating its excellent level of wear protection. 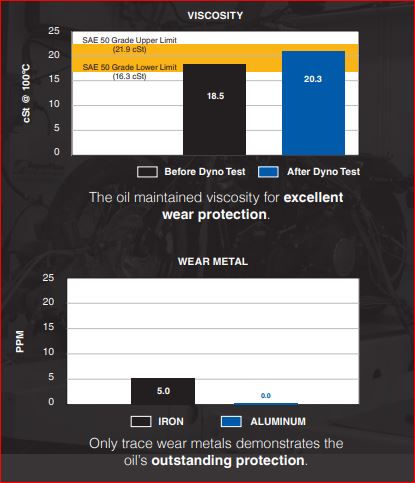 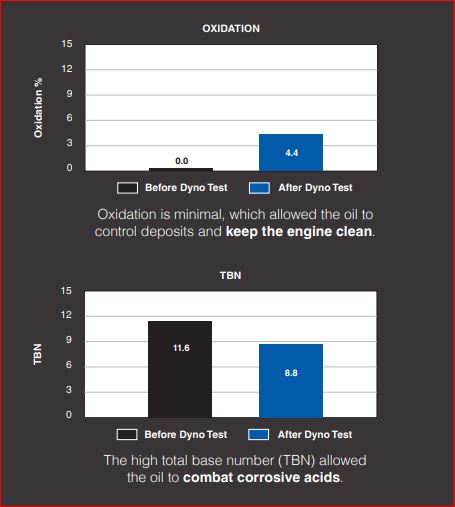