If you’re like me, you’re still embracing fall while your Christmas decorations remain in storage until after Thanksgiving (unlike some of my co-workers). But, before we know it, the ground will be white, temperatures up north will have dipped below zero and the sweet “braaap” of two-stroke racing sleds will fill the air.

Thanksgiving is a big weekend in the racing world, and I’m here to share what’s coming up “In the Staging Area.” But first, let’s check out what’s “On the Track.”

Today kicks off the 51st running of the Baja 1000, the most grueling off-road race on the planet. Roughly 300 racers in both Pro and Sportsman classes will cover nearly 807 miles in cars, trucks, UTVs and motorcycles while hitting five physical checkpoints and 192 virtual checkpoints. Racers start and finish in downtown Ensenada, Mexico, then encounter the unpredictable terrain that is the Baja Peninsula throughout the looped course. This year’s most dreaded section? A loop behind Catavina, Mexico, with silt and daunting hill climbs.

Three-time Baja 500 winner (and AMSOIL-sponsored driver) Bryce Menzies will take to the sand in the Trophy Truck category, while six-time rock crawling champion and veteran Baja 1000 competitor Brad Lovell will once again compete.

Want to know Brad’s take on running another famous south-of-the-border race? Check out this edition of the AMSOIL Signature Series on the NORRA 1000 race here. 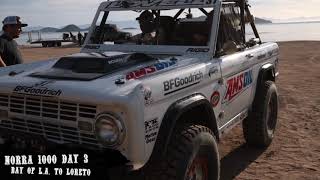 In the Staging AreaBryce Menzies, B

Sending it into Snocross

Who will take home the $10,000? Who will stand atop the podium at the end of the season? With Tucker Hibbert’s retirement, everything is up for grabs this season. Plus, the playing field had been leveled after last season’s controversial rule change. We’ll be around all weekend sharing all the behind-the-scenes action from race weekend. And check back to the blog for a recap of what went down.

Want to see what AMSOIL team mechanics do to get the sleds ready for race season? Check out their breakdown here.

Not many people are aware that Factory Connection also fields a pretty impressive amateur team. Carson Mumford, Jo Shimoda and Hunter Yoder have consistently landed atop the podium in big amateur events like the Monster Energy Cup, Loretta Lynn’s Amateur Nationals and the Thor Mini Olympics, which kickoff this Thanksgiving weekend in Alachua, Fla.

TransWorld Motocross recently chronicled the different paths these star amateur racers took to the top of the amateur motocross world. Check out the interview below. 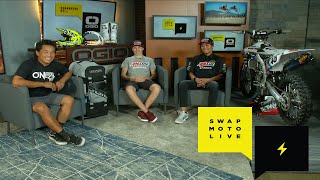